The internet has been around for a few decades now and has already undergone two seismic shifts that today’s users take for granted. These eras of the internet can be categorized respectfully as Web 1.0, Web 2.0, and Web 3.0, or web3. This guide will break down the importance of each era, and explain the importance of Web 3 and how it will change the way we transact goods and services online forever.

You may not be aware, but the world wide web that we use today is very different from what it was some 10 to 13 years ago.

Back then, websites contained mainly texts or images, whose purpose was primarily to disseminate information. To put it differently, a “webpage” was strictly that, a digital page bearing digital information in image and text format.

There was hardly any form of interaction between the web and the user. From a developers point of view, at the time, web content was served on the internet from a static file system and not a database. This was the primary cause of the static nature of the web back then.

With this new iteration of the web, users could become a part of the creative process of the web. The web was no longer just a digital page displaying digital information. Now, users could create and share their own information on it.

With Web 2.0, apps were built to allow people into the creative process. This made it possible for users to upload videos and share them with millions of people on the internet, who can also comment on the videos.

No doubt, Web 2.0 completely changed the world. And thanks to its sheer simplicity, since 2004, it has continued to thrive, with more people creating unique content on the internet. 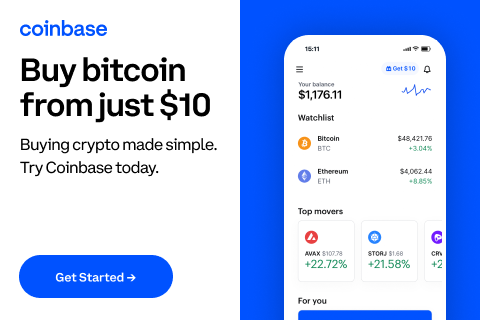 Then, of course, Web 2.0 has created the big social media giants and media companies who would be nowhere close to where they are today without the existence of Web 2.0. We’re talking about Google, Facebook, Twitter and the likes.

As interactivity continued to thrive on the web, it wasn’t long before social media websites began to spring up. At the time, social media interaction was lauded as a tool to connect the world and make the world a global village.

However, with time, the objective of social interaction, from the perspectives of the creators, moved primarily from connectivity to monetization. Monetization became a gold mine for the likes of Facebook and Google.

At first, users didn’t care – ‘make the money all you want, provided I’m having fun interacting with people on the web’, they thought. However, it soon became clear that there was a dark side to the interactivity provided by web 2.0.

First, there was the barrage of terribly annoying targeted ads. These ads were creepy. You’d go on Google and search for a pair of Jordans. And while you’re on Instagram, you’re forced to see several ads on the latest Jordans. How does that happen? The answer is data.

Basically, with Web 2.0, not only are users’ personal data not safe, but they also have very limited control over their data.

Like it or not, if you’re on Facebook, the company has access to a lot of your personal info, including search history, email, phone numbers, location, contacts, photos, and a lot of other stuff. So, who’s going to solve this problem?

Enter Web 3 – the next version of the web.

At the core of the design of Web 3 is decentralization.

Unlike Web 2, app developers on Web 3 will hardly build apps that run on a single server, nor will the app data be stored in a single database. In Web 2, data is usually stored and managed by a single cloud provider. But this won’t be the case with Web 3.

In line with this, the apps that will run on Web 3 will be known as decentralized apps or DApps for short, a nomenclature already used for apps running on the Ethereum platform.

So, what does this mean for users?

Well, it means that users will now be able to control their data, totally cutting out third-party middlemen. This means that as a user, you can choose to sell and exchange your data on the web for some other commodity while still retaining full ownership control.

But, apart from enhanced data security, Web 3 brings with it a wealth of machine learning and artificial intelligence functionalities.

While on one hand, users will be in control of their data, on the other hand, Web 3 will employ machine learning algorithms to analyze and utilize the enormous amount of data on the web. The result of this will be a web that is specifically tailored for each individual in a way that is non-intrusive, thereby, creating a whole new level of a rich user experience.

But perhaps even more intriguing is the effect that Web 3 could have on businesses. With the introduction of decentralization and blockchain technology, people and machines will be able to trade goods and services with their counterparts all over the globe without a need to trust them. And also, without the expensive middlemen to broker these deals. This is all thanks to the possibilities awaiting developers on Web 3 because of blockchain technology.

No doubt, Web 3 will fundamentally expand the scale and the scope of human and machine interactions. Yet, in a safer and more intelligent way.

Web 3 hasn’t gone mainstream yet, as there is still a lot of work to be done before deployment takes place. However, it promises to deliver an exciting web experience for everyone.

So, tell us, what do you think about Web 3 and are you looking forward to it?

Want to learn more about how currency will be transacted online? Read more here!